The A’s bullpen used to be a source of groans and hand-wringing for fans but the relief corps is surging right now and looking like a strength of the team.

Southpaw Sean Manaea labored his way through five outs in Tuesday’s contest against the Cleveland Indians, with his velocity fading as he got near the end of his 69-pitch outing. On a day when the A’s reshaped their bullpen by calling up top prospect A.J. Puk and designating reliever J.B. Wendelken for assignment, Burch Smith got the ball in a crucial spot.

Smith proved he belongs on the big-league club by tossing 3.1 scoreless innings, allowing a harmless single in the fourth inning. It’d be the only hit allowed by A’s relievers the rest of the night.

Oakland’s bullpen picked up Manaea and combined to throw 8.1 scoreless frames, letting the offense come back to earn a 4-3 victory in 10 innings on Jed Lowrie’s go-ahead RBI double.

In the process, the bullpen accomplished some franchise history.

First time in #Athletics franchise history the bullpen throws at least 8.1 innings, allows 1 hit or fewer and allows no runs.

Following Smith, Puk turned in a dominant 1-2-3 frame where he showcased his new arm slot and brought the cheddar, topping 96 mph on 11 of his 12 pitches (the 12th was a 84 mph slider). It’s only one outing, but Puk flashed the type of potential the A’s have been waiting for since he made his MLB debut in 2019.

Yusmeiro Petit, Sergio Romo and Lou Trivino each contributed scoreless innings — though Romo and Trivino had to work through some trouble — before Andrew Chafin secured his first save as a member of the A’s and fourth of his career. Chafin is yet to give up a run or walk a batter through his first seven appearances in the green and gold.

Andrew Chafin keeps the ball after getting his first save with the A’s pic.twitter.com/oZ0wv34Xei

Oakland’s bullpen has arguably been the American League’s best over the past 30 days, leading the AL in ERA (2.91) while ranking second in WHIP (1.09) and batting average against (.219).

Here’s a player-by-player breakdown of Oakland’s bullpen after Tuesday’s victory.

When you look at the staff this way, you can see why Wendelken was DFA’d with his 4.32 ERA, 1.68 WHIP and 4.7 BB/9 ratio. Guerra is out of options, too, but has been much more consistent all year.

This is Oakland’s bullpen now and it has balance from both sides of the rubber. Puk’s power arm helps add another look to the group that is heavy on the mix-and-match type of pitchers — guys like Chafin, Guerra, Petit — and the ever-slider-throwing Romo.

You can’t expect the A’s rotation to keep tossing six innings each time out, especially now in the dog days of summer. It seems the A’s starters used to need to pitch deep in games to give the squad a chance to win. Now the entire pitching staff seems pretty steady, especially if Smith can perform like he did Tuesday.

Diekman has also been able to reduce his walk rate after it was uncharacteristically high to start the season and has allowed just two earned runs in 11 games since July 2. Trivino and Chafin’s sub-2.00 ERAs look like the real deal.

Remember the 0-6 start and Reymin Guduan’s unenviable mop-up duty to start the year? Remember when Jesus Luzardo and Oakland’s bullpen blew up in the Bronx? Me neither. 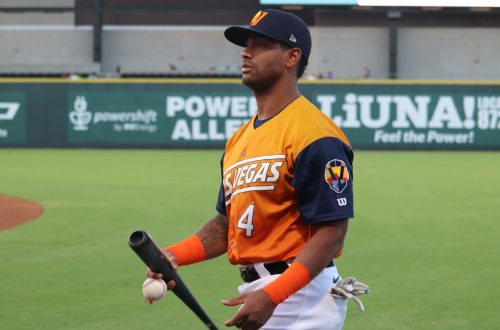